Worried about today’s market? Take a look at this chart Through political upheavals and economic collapses, stocks have managed to climb a constant ‘wall of worry’ to trade higher.

The S&P 500 on Thursday fell for an eighth straight session, notching its longest retreat since the financial crisis in 2008. The epic losing streak has prompted a steady stream of predictions from doomsayers about an impending market collapse.

But it’s important to remember that in the grand scheme of things, this selloff is a mere blip.

Kieron Nutbrown, former head of global macro fixed income at First State Investments in London, has just the reminder to help investors take a step back and look at things from a long-term perspective.

The chart, which first appeared on his blog, follows the path of global stocks over the past 500 years and demonstrates how prices have fared through wars, revolutions and depressions. 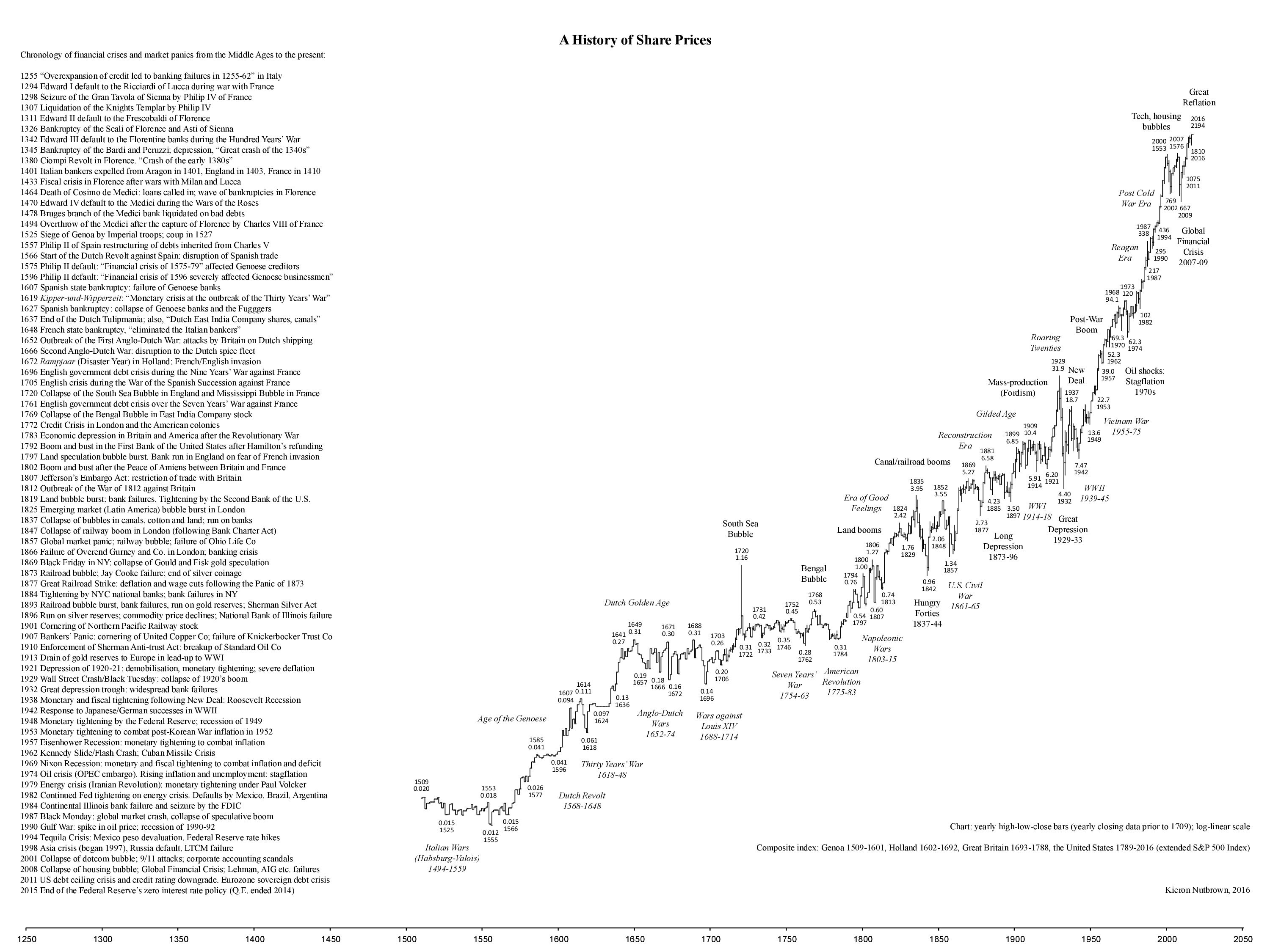 The chart “is intended only as an illustration of financial history,” Nutbrown told MarketWatch. “It is a visualization of the ebb and flow of market sentiment from a long term perspective.”

The independent analyst refused to speculate about where the market is headed, but noted that over time, stocks have “done a good job of proving the old dictum that markets climb a wall of worry.”

And if nothing else, attempting to pinpoint when the market has topped to predict the next correction is not a very “fruitful activity” for market watchers, he said.

However, he cautions that his index doesn’t reflect dividends or total returns, nor have prices been adjusted for inflation. It’s also important to keep in mind that long-duration indexes have a “survivor bias,” as successful companies typically replace failed enterprises.

Aside from being a quick study on major global events from the past few centuries, the chart helps readers put today’s market into perspective.

“Much financial commentary is concerned with the very short term, and I believe it is useful and edifying to place market movements in a longer term context,” said Nutbrown.

In the days ahead with volatility likely to pick up as U.S. voters go to the polls to elect the next president, it may make sense to view the market through a wider lens.

Article and media originally published by Sue Chang at marketwatch.com