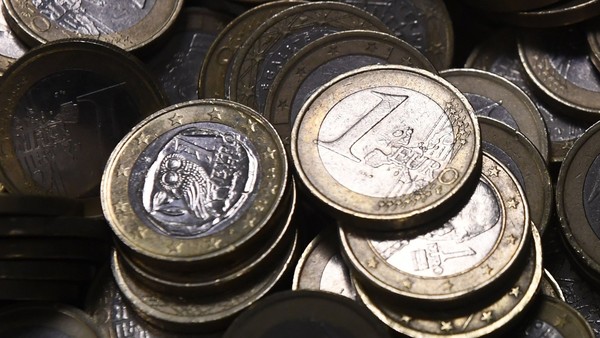 Friday 14:00 BST. US and European equities are under pressure as disappointment over the European Central Bank’s decision to stand pat on monetary policy and uncertainty over the Federal Reserve’s interest rate trajectory force up borrowing costs.

Risk appetite also is being damped by news North Korea conducted a nuclear test, though meagre demand for traditional haven assets — such as gold and the yen — suggests these jitters are contained.

The yields on 10-year US and German government bonds, which move inversely to bond prices, are climbing to multi-week highs, up 3 basis points to 1.65 per cent and adding 5bp to minus 0.01 per cent, respectively.

Benchmark Bund yields hit a record low of minus 0.20 per cent in July, but have risen sharply in the last few sessions in the wake of the ECB’s decision on Thursday not to beef up its €80bn-a-month asset purchase stimulus programme, or QE.

Equivalent maturity Italian and Spanish paper, where yields have been greatly suppressed by ECB buying, are jumping 6bp to 1.21 per cent and up 6bp to 1.04 per cent respectively.

Ian Williams, economist at Peel Hunt, said investors appear “rather underwhelmed by the ECB announcement, both the absence of further policy action and the lack of guidance offered by Mr Draghi at his press conference about what may come next”.

Fixed income analysts at Citi said the ECB had introduced volatility by failing to even discuss QE. “The decision not to extend the timetable of QE from Mar-17 weakens forward guidance and is bearish.”

The rise in benchmark Treasury’s takes them 33bp above the record trough touched in July, and comes after Eric Rosengren, the head of the Boston Federal Reserve, and a voting member of the Fed’s policy-setting board warned that the US economy could overheat if rates were kept too low.

The comments add to a sense among investors that despite the market pricing in a just a 36 per cent chance the Fed will raise rates in less than two weeks time, the central bank seems more minded to make a move.

Jeffrey Gundlach, chief executive officer at DoubleLine Capital and a closely watched fixed income commentator, said on Thursday that the Fed appeared determined to show they are independent from the market and may confound investors by hiking borrowing costs on September 21.

Equity markets have been underpinned in recent years by the meagre alternative income on offer from bonds, and so the sight of implied interest rates moving higher is rattling investors.

Futures suggest the S&P 500 on Wall Street will slip 14 points to 2,167 as the pan-European Stoxx 600 falls 0.7 per cent, not helped by data showing a sharp slide in German exports during July. Losses are only held in check by banking stocks welcoming the sight of interest rates moving up, because it may improve their lending margins.

London’s FTSE 100 is off 0.8 per cent with energy stocks struggling for momentum as oil prices dip. Brent crude, the international benchmark which jumped 4.2 per cent in the previous session on news US oil inventories fell more than expected, is off 2.3 per cent to $48.82 a barrel.

Such dollar-denominated commodities are also being pressured by greenback strength. The dollar index is up 0.2 per cent to 95.20 as the euro gives up a slice of its post-ECB gains, easing 0.2 per cent to $1.1231. US benchmark yields had been lower earlier in the global session as traders sought traditional safety plays at a time of geopolitical stress.

South Korea’s Kospi equity index fell 1.3 per cent after Pyongyang confirmed it had conducted a nuclear test, sparking worldwide condemnation and rattling sentiment across the Asia-Pacific region, where the mood had already been soured by the ECB’s inaction.

Australia’s S&P/ASX 200 shed 0.9 per cent and Japan’s Nikkei 225 was flat, the latter also pressured by the yen strengthening — though the unit subsequently has reversed to trade 0.4 per cent weaker at ¥102.93 per dollar.

China’s Shanghai Composite eased 0.55 per cent on Friday as data showed the country’s producer prices contracted in August by the smallest rate since 2012, while consumer price inflation softened a touch.

“While some will likely argue that the fall in headline CPI increases the likelihood of further monetary easing by the People’s Bank, we doubt it will make a great deal of difference,” said Julian Evans-Pritchard at Capital Economics. “It is concern over credit risks, not inflation risks, that is keeping the PBoC on hold.”

Still, some major Asian stock markets were chipper, with Hong Kong the best performer. The Hang Seng was up 0.8 per cent on Friday, securing a 3.6 per cent bounce over the past five days. The territory’s bourse is enjoying fund inflows from the mainland as Beijing allows Chinese insurers to use the Shanghai-Hong Kong Stock Connect facility, according to Reuters.

Gold is not displaying its tendency to rally at times of geopolitical tension, the bullion easing $3 to $1,335 an ounce as investors are more worried about the “opportunity cost” of holding the precious metal as bond yields move up.

Article and media originally published by Jamie Chisholm at ft.com