The average stock has risen 0.86% after third quarter results.

The stock market may finally get the excitement that’s been lacking in the coming week, with the two most valuable companies in the U.S.—Apple Inc. and Alphabet Inc.—slated to report quarterly results.

The tech giants’ earnings come at a time when the market has been gripped by ennui as investors are hesitant to buy into equities despite better-than-expected earnings as political and rate-policy uncertainties dampen appetite for risk.

“Investors remain leery, in part to election jitters, Brexit concerns, [the] Fed and other central banks” and are awaiting fresh incentives in a market that is getting ‘boring,’ said Tom Lee, managing partner at Fundstrat Global Advisors, in a note. 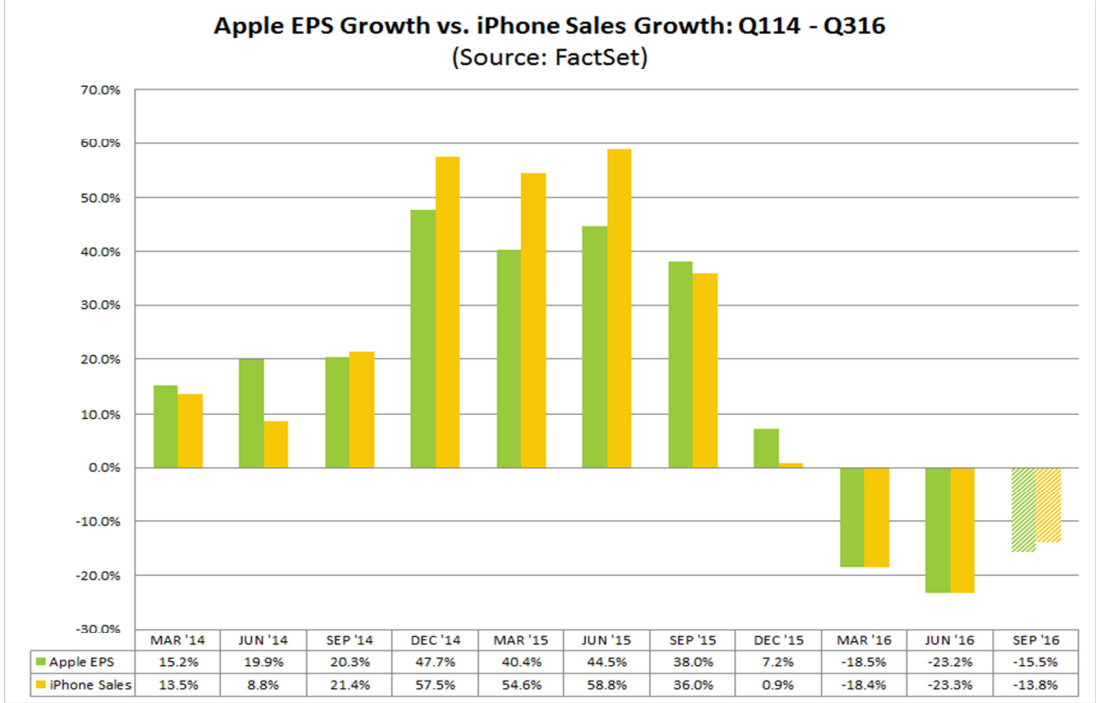 Another Apple earnings decline would be the company’s third in a row, said John Butters, senior earnings analyst at FactSet. Apple has scheduled its earnings release for Tuesday.

Still, with corporate results the main driver of stock prices in recent sessions, earnings beats from the two Silicon Valley behemoths could go a long way toward bolstering investor confidence.

Investors have reacted positively to earnings this month, with the average stock up 0.86% following earnings release, according to Bespoke Investment Group. If that trend holds, this quarter’s reporting period could be among the strongest in the current seven-year bull market.

As of Friday, with 23% of S&P 500 components having reported, 78% of the companies have turned in earnings above mean estimates and 65% have beat median sales expectations, according to FactSet.

The broader market could use the help. The S&P 500 moved within a 24-point range all week and is in desperate need of a game changer.

“Short-term momentum has improved slightly week over week and breadth is oversold by some measures, giving next week a bullish bias,” said Katie Stockton, chief technical strategist at BTIG. “However, the election has created some level of uncertainty that could keep the S&P 500 range-bound until mid-November.

The key, said the strategist, is whether the large-cap index can overcome expected selling pressure as it nears its 50-day moving average of 2,160.

“A breakout above it would be a positive short-term technical catalyst,” she said.

Lee, meanwhile, is predicting a year-end rally after the current headwinds—including the presidential election and the profit recession—resolve in favor of the market.

Downbeat sentiment is also a good sign, said Lee, noting that extreme bearishness is viewed as a contrarian buy signal.

“Sentiment is so bearish [that] it’s bullish,” he said.

Article and media originally published by Sue Chang at marketwatch.com