Chart pattern to be resolved soon, and one chart watcher says ‘it’s gonna be big’.

The S&P 500 is moving fast toward an impending breakout that could be bad news for investors.

“And it’s gonna be big, by all accounts,” said Carter Braxton Worth, a technical analyst at research firm Cornerstone Macro.

The S&P 500 SPX, +0.46% has been trading within a “symmetrical triangle” on a number of time scales, as the index traced out a pattern of rising lows and falling highs. Since the upper and lower boundary lines are narrowing to a point, it’s just a matter of time before the S&P 500 breaks above or below one of them.

“It is a circumstance where buyers and sellers are matched off so evenly that purchases being made by those who like a particular security are in the same order of magnitude as the selling being done by those who dislike the security,” Worth wrote in a note to clients. 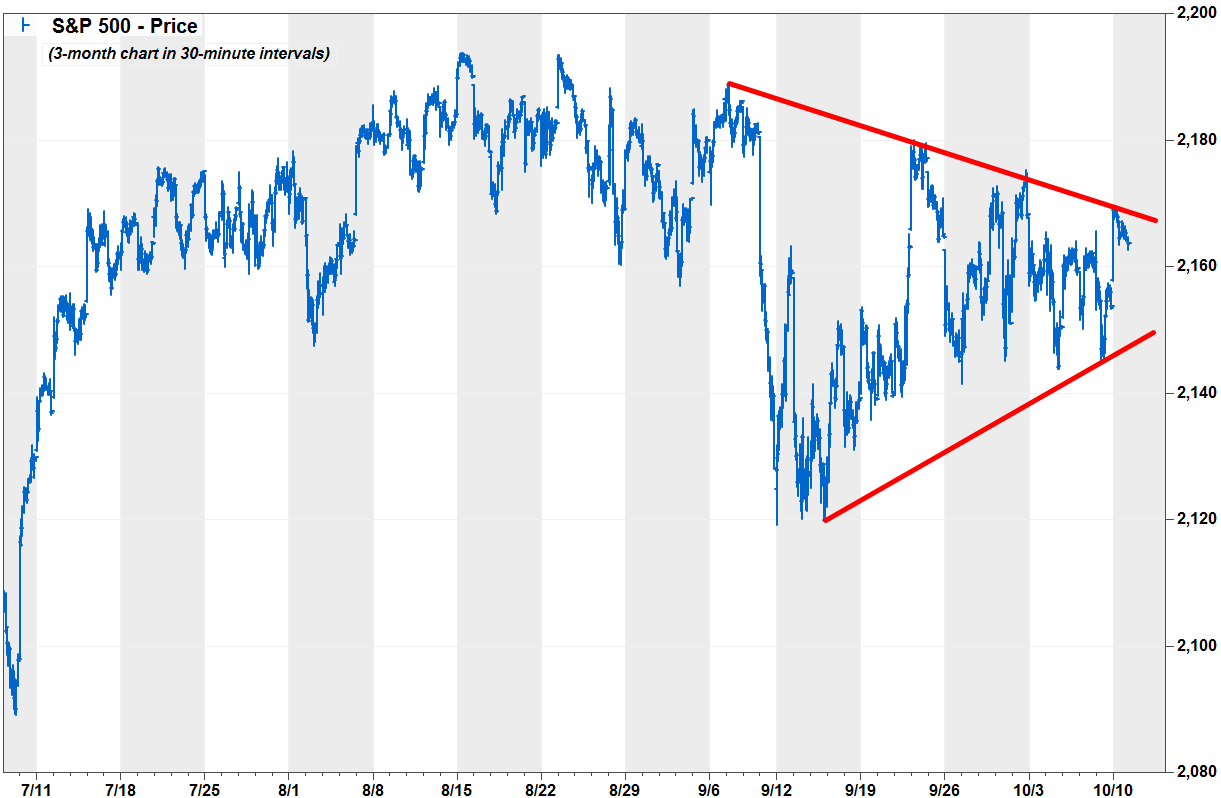 His research suggests that the resolution of these standoffs is usually “aggressive,” with the index moving past the declining or rising trendlines “in a meaningful way.”

Many technicians believe triangles represent continuation patterns, or periods of pause in a bigger trend, which means they should eventually be resolved in the direction of the preceding trend. In the S&P 500’s case, that would mean a big rally is coming.

But Worth said that based on his interpretation of the charts, the S&P 500’s triangle looks more like a reversal pattern.

“We believe the current formation is a setup for a move lower,” Worth said. 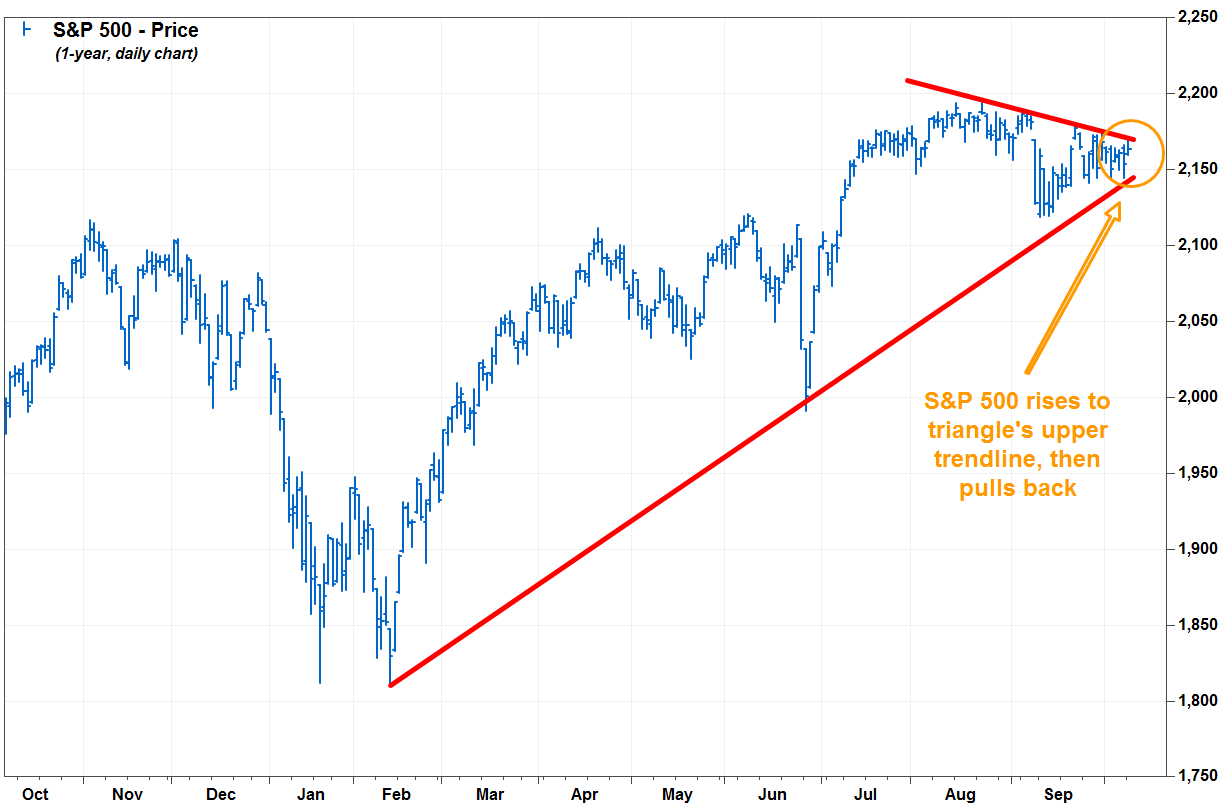 The S&P 500 rose as much as 0.7% intraday Monday, to reach the declining trendline, before pulling back to close up just 0.5%.

Among some examples he gave of downside breakdowns, United Technologies Corp. shares UTX, -0.60% fell below its rising lower trendline in June 2015, and tumbled 26% over the next five weeks. 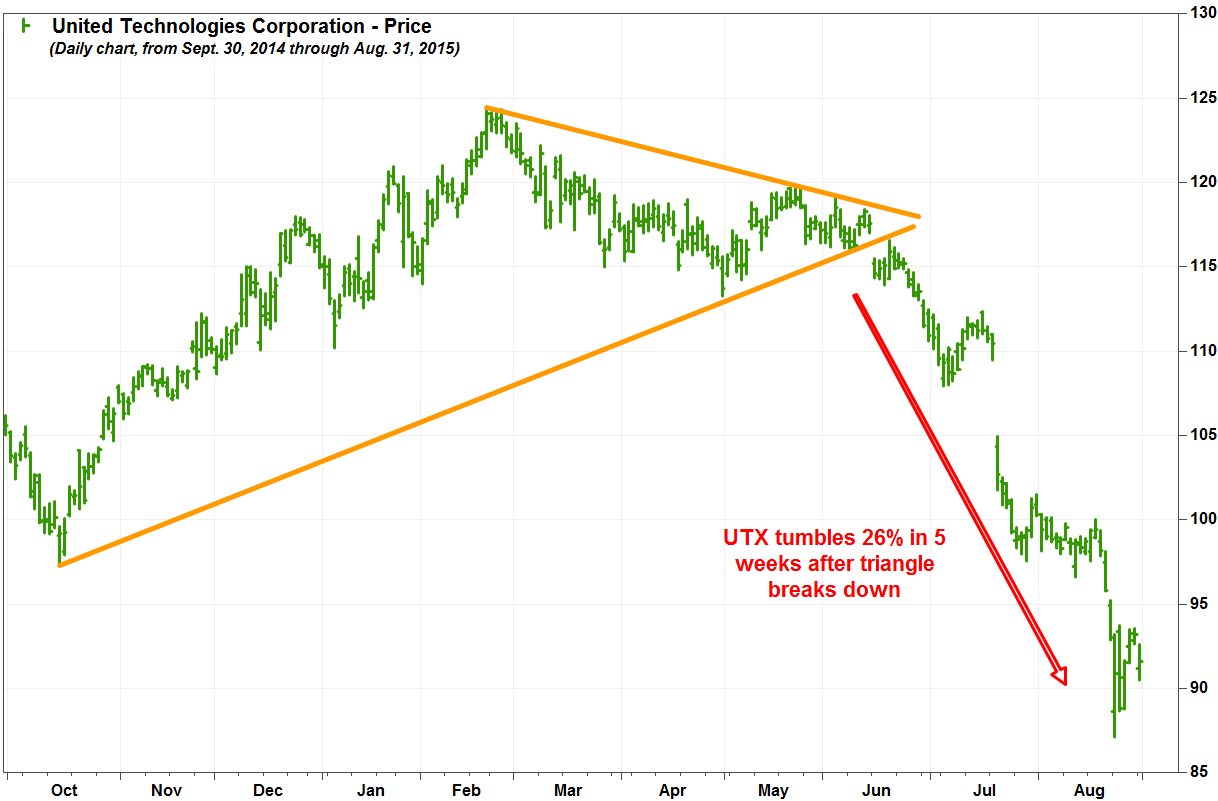 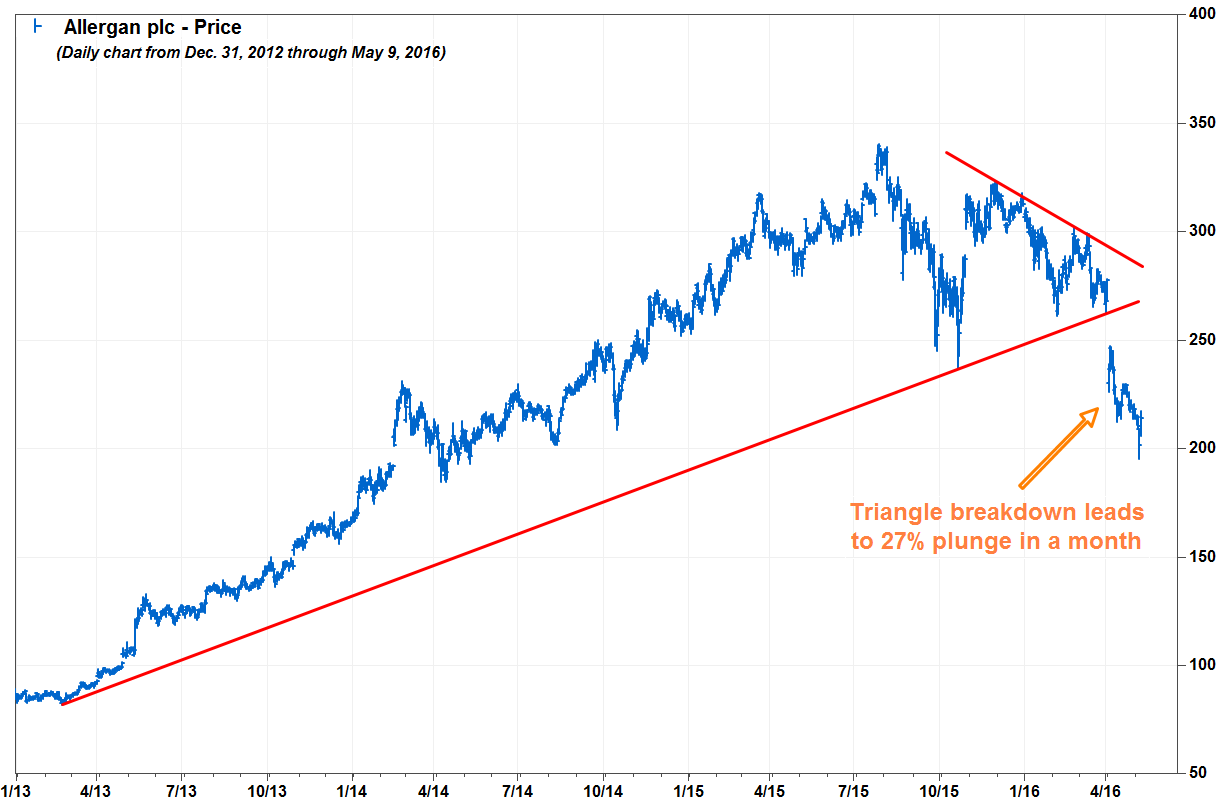