DAX vs. S&P500? Choose the Best Match for Your Portfolio 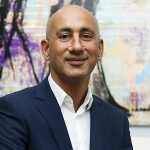 Please see the graph below: Not so fast, we say. Let’s extend our horizon: The initial date in 2002 was chosen deliberately: EUR/USD for that period was around parity (1 EUR=1 USD). Therefore, the 20-year numbers presented here do not require adjustment for F.X. changes (at least not much).

However, the markets tell only one side of the story. How has the GDP of Germany changed relative to that of the U.S. over the period? This is only part of the story! Let’s compare GDP per capita:

So we see NO evidence that the German economy or stock market, in particular, has done better than the U.S. On the contrary, the U.S. economy and the U.S. stock market have outperformed the German economy and markets! What’s more — we can see clear evidence that U.S. stock market returns are superior to Germany, and the same can be said of the U.S. economy! Yes, we recognize that the DAX has performed better in the last three months, but we don’t think that has any lasting power.

In conclusion: the U.S. economy and its representative index, S&P500, are a better fit for your asset allocation. Europe might show better short-term results, but in the long run, there is clear statistical evidence that America outperforms.

Why You Need to Buy (US) Stocks in One Chart

Why Must the US Housing Prices Plunge More Than 20%